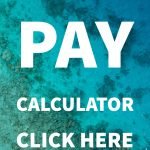 The revised scales of pay are linked to the cost of living situation represented by the index average of 276.9 points as on 1st July 2017 in the All India Average Consumer Price Index Numbers for Industrial Workers (General) (Base: 2001=100). The revised pay scales are specific segments of Master scale of pay of … END_OF_DOCUMENT_TOKEN_TO_BE_REPLACED

CITY COMPENSATORY ALLOWANCE: The City Compensatory Allowance admissible to different categories of Government employees working in the cities/towns mentioned in column (1) of the table below shall be at the rates mentioned against them in column (3) :-   Cities / Towns Group to which Government servant belongs Rate of CCA (in … END_OF_DOCUMENT_TOKEN_TO_BE_REPLACED

Fixation of Pay Karnataka Govt Employees FIXATION OF PAY IN THE REVISED SCALES OF PAY: 4.1 The initial pay of a Government servant shall be fixed in the corresponding revised scale of pay in the following manner:- (i) An amount representing 30 percent of the basic pay shall be added to the ‘existing emoluments’ ; (ii) After the ‘existing emoluments’ have been so added … END_OF_DOCUMENT_TOKEN_TO_BE_REPLACED

6th Pay Commission Karnataka Revised House Rent Allowance The classification of cities and other places for the purpose of House Rent Allowance as per the existing orders shall continue to be in force until further orders. However, the different rates of HRA admissible in the revised pay scale with effect from 1st April 2018 are as indicated in column (3) of the table below. … END_OF_DOCUMENT_TOKEN_TO_BE_REPLACED