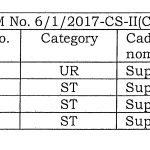 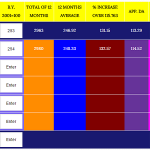 EXPECTED DA FROM JULY 2015 We can compare the AICPIN values of the past twelve months and calculate the Dearness Allowance for July 2015 for the Central Government Employees and for pensioners The AICPIN value for Jan 2015 has been released and it stands at 254. For the past five months, the AICPIN value has remained constant at 253.(Aug to Dec) Now, it has risen by a point … END_OF_DOCUMENT_TOKEN_TO_BE_REPLACED